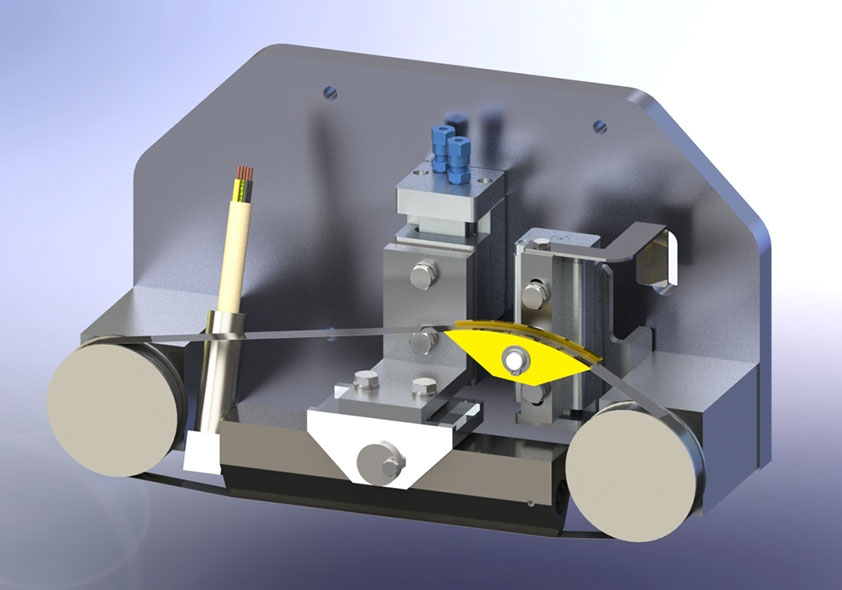 The cycle rate of a vertical/form/fill/seal machine is restricted due to its intermittent operating method. Limits are set by the maximum construction length of sealing bars. Regularly required joining of seams generates visible overlap areas on the completed pouch. The alternative is a continuous film sealing system, avoiding such disadvantages.

Operating principle is similar to the impulse welding resp. sealing method by heating jaw as described. Sealing cycle is executed “stationary” between fixed sealing bars, performing a heating up and cooling down process. During continuous method the film is passing through heated-up and cooled-down areas. Heat transfer is managed by a parallel running continuous band, so the film is not in a high-friction sliding contact to the heater bar. A constant draw-off speed is providing every required seam length.

From this is resulting the practical realization: 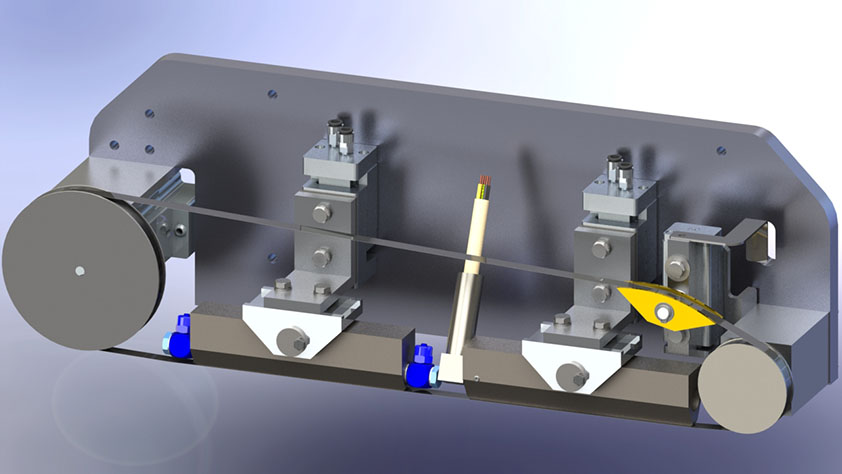 Continuous heat sealing of all thermoplastic films is possible by this method. However a mirror-like anvil is not always required, for example with films of minimal thickness.

As heating and cooling jaws are in sliding contact with the inner surface of the band, they have to be made of a suitable material. In particular the circulating bands are explicit wear parts for being constantly exposed to an advancing abrasion process. Circulating bands (= stainless steel continuous bands or belts) have to be PTFE-coated for application with some film qualities, and always when used with mono films.

The following designs of band sealing systems are available: 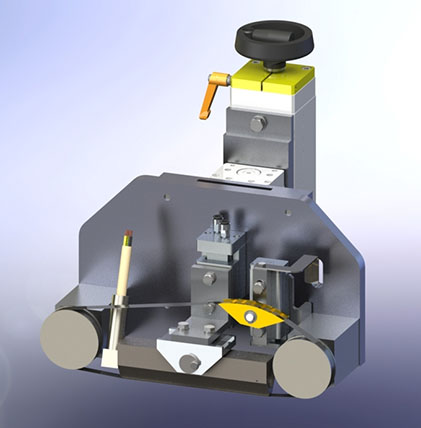 The continuous sealing unit has to be adjusted with a precise distance to the filling tube for application in a vertical tubular bag machine. Unit should be completely lifted for inserting the film during a reel replacement.

For these cases we offer technical upgrades such as pneumatic lifting units and distance adjustment by hand wheel.

Achievable speed is in particular depending on film thickness. For an exemplary laminated film without Aluminum layer and a thickness of 40μ, we specify 50-60m/min. Aluminum laminates will reduce maximum speed.

Heating is effected by a heater cartridge and PID-temperature controller.

Film-synchronous drive can be achieved by a mechanical connection with film feeding of machine, or separate servo-motor.